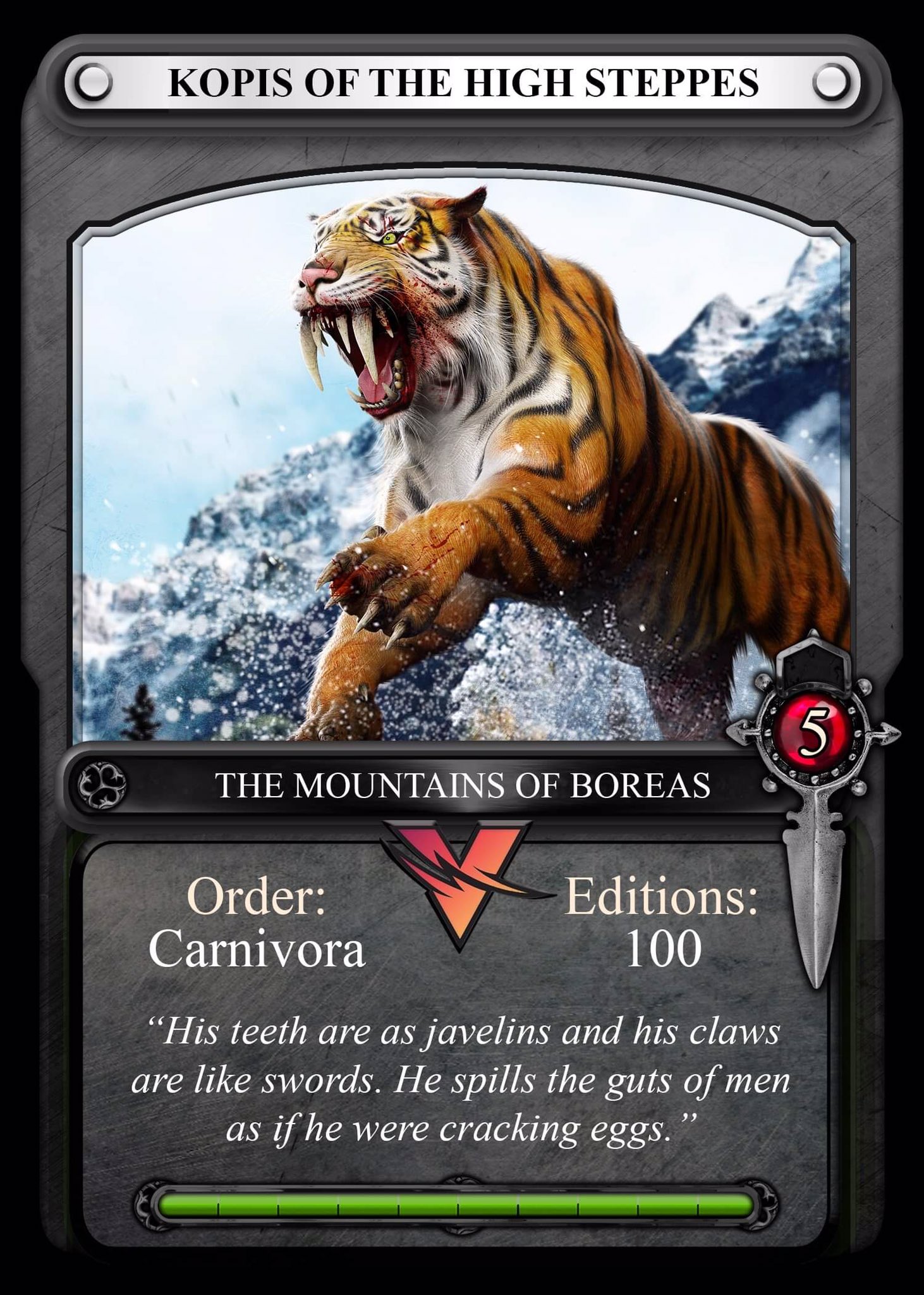 Kopis of the high steppes

created by
Vulcan Forged
nominated for:
NFT of the Year
,

This Level 5 Vulcanite belongs to the Mountains of Boreas. “His teeth are as javelins and his claws are like swords. He spills the guts of men as if he were cracking eggs.” Vulcanites are 3D NFT models connected to their 2D card.What makes them unique NFT's is that they can be used in a Hearthstone like card game called Berserk and in their 3D form in a MMO game called VulcanVerse. Kopis has 100 editions and on its own it generated over 50 000$ in trading.learn more @ https://vulcanverse.com/