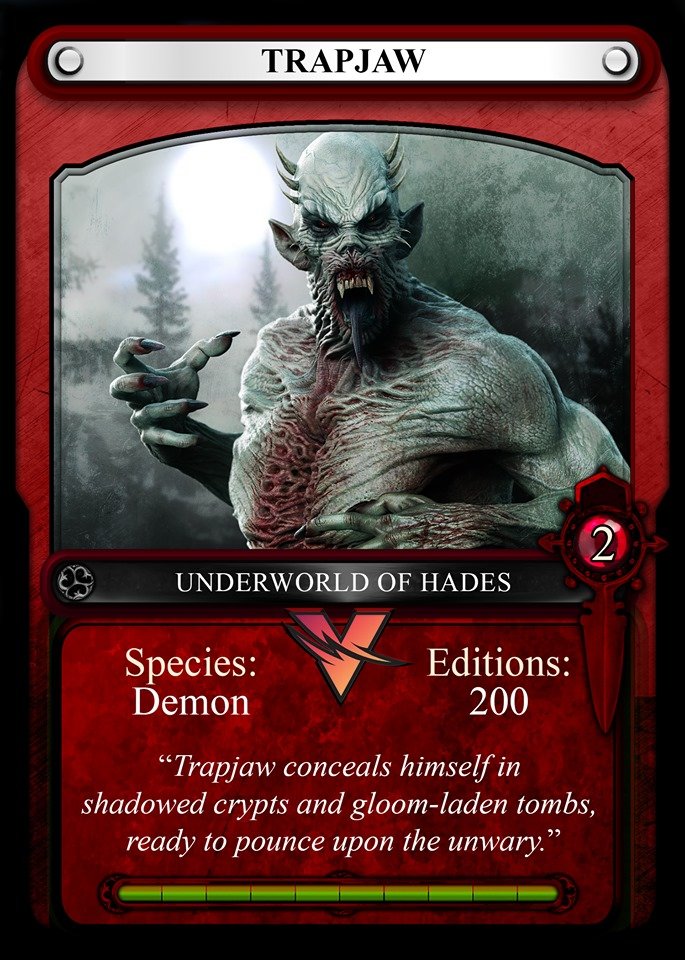 Trapjaw of the Crypts of Darkness

Trapjaw is a terrible demonic creature of Hades who has grown in strength and power by feeding on the lost souls that wander aimlessly across the Plains of Howling Darkness. Trapjaw is one of many Vulcanites. Vulcanites are 3D NFT models connected to their 2D card. What makes them a unique gaming NFT is that they can be used in a Hearthstone like card game called Berserk and in their 3D form in a MMO game called Vulcanverse.Learn everything about them @ https://vulcanverse.com/